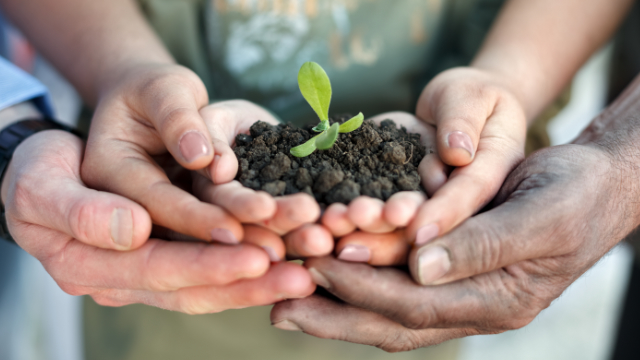 The hands and wrists are one of the main tools that we use to navigate the world around us. Whether it’s driving to work, typing away on your computer, or picking up your child, the use of your hands and wrists is absolutely vital to your ability to function normally in everyday life. But this frequent use also comes with a possible downside: when something goes wrong that leads to pain in these regions, it can throw many aspects of your life completely out of sorts.

The hand and wrist consist of 27 bones and 20 muscles, plus a number of associated joints, ligaments, and tendons that connect them to one another. Each of these structures serves an important role that contributes to the overall functioning of the hand and wrist, but the sheer number of working parts means there are many things that could possibly go wrong. There is a wide range of conditions that can result in pain in this area, and the likelihood of experiencing an issue varies with age and tends to increase as you get older. But hand or wrist pain can develop at any stage in life and needs to be understood and dealt with accordingly in every situation.

Traumatic injuries are most common in youth and adolescence

For children, adolescents, and young adults, the majority of hand and wrist problems are due to traumatic injuries. Sprains, strains, fractures, and dislocations are frequently seen in this age group, particularly in those who are involved in sports and physically active. A sprain occurs when a ligament—which connects together the bones to a joint—is stretched too far and the tough fibers of the ligament become either partially or completely torn. A “jammed” finger resulting from sports like basketball is usually a sprain of a finger ligament, while skier’s thumb and gamekeeper’s thumb are two terms used to describe damage to the ulnar collateral ligament of the thumb. As the name suggests, skier’s thumb is often seen in skiers when the thumb gets caught on a ski pole and jerked away from the index finger, which can stretch or even tear this ligament.

If the force in a traumatic injury is strong enough, it may lead to a dislocation in which the bones of the joint separate from one another. Strains, which are seen less often in this region, are the result of stretching or tearing of muscles and tendons—which connect muscles to bones. Broken bones (fractures) are among the most common injuries to the hand and wrist in younger patients, and they usually result from fingertips getting crushed in closing doors, children putting their fingers in machinery or other equipment, and in contact sports. Fractures of any of the wrist bones—including the scaphoid, hook of hamate, and distal radius—are also quite common, and usually occur from falling forcefully with the hands outstretched.

The risk for these types of injuries remains fairly high throughout life for most people—especially those that are very active—but there are also a number of other conditions that become much more likely as we age.

Carpal tunnel syndrome affects about 5% of the population, but the majority of patients don’t notice symptoms until after the age of 30. The greatest risk factor for carpal tunnel syndrome is performing any task that requires repetitive hand motion, awkward hand positions, strong gripping, mechanical stress on the palms, or vibration. Though office work and repetitive typing may be a potential cause, the most common professions that lead to it are those with assembly-line work like manufacturing, sewing, baking, and cleaning. Older age increases this risk even more. Symptoms usually start with a burning or tingling sensation, but eventually pain, weakness, and/or numbness develop in the hand and wrist, and then radiate up the arm, which can make it a challenge to grip items and perform many other tasks that involve the hands.

Arthritis is the inflammation of various tissues within joints. It can occur just about anywhere in the body, but the hand and wrist are some of the more common locations it strikes. Although there are many different types of arthritis, they all involve the wearing down of cartilage, which is the smooth cushioning tissue that lines the ends of joints. Osteoarthritis is by far the most common type of arthritis, and the likelihood of developing it increases with age: studies have shown that about 60% of adults over 60 and 80-90% of those over 75 have some evidence of osteoarthritis. Another common type called rheumatoid arthritis can occur at any age, but is usually seen between the ages of 20-40. In all cases of hand and wrist arthritis, the inflammation makes regular movements difficult and can stifle daily functioning.

Other conditions that may affect the hands and wrist at various ages include the following: